The California Court Company said:
well, labor day weekend is going to be HOT; probably we will see 24/7 news coverage on how hot it is going to be.
Click to expand...

irvinehomeowner said:
Climate change is increasing the risk of a California megaflood
https://www.science.org/doi/10.1126/sciadv.abq0995
Click to expand...

Don't we need rain for that to happen?
Click to expand...

Yes, we would need rain for that to happen, but it does rain in California, pretty heavy at times. The risk for megaflood is actually caused by drought. Extreme dry land cannot absorb water quick enough, so heavy rain would cause big flood. We saw this happen in Vegas.
Click to expand...

I was thinking about the '97-98 el nino.  When we get another like that, I suspect we will have massive damage all through Southern California.  My old neighborhood had significant green space.  Much of what was south of Jamboree was green space.  Neighborhoods were less dense with significantly less fill in density.

In other words, there was places for the water to go.

My old neighborhood is now 50% PUDs.  What used to be 20,000 SF lots of landscaping are now 4 or 5 2500 SF homes with 200 sf of flower beds and 4000 sf of driveway. All the new construction south of Jamboree is a gloss coat of greenery over a massive increase of impermeable hardscape.  Rooftops, roadways, driveways, patios.

Man?Weather and climate are hard to predict huh?

Forecasters from NOAA's Climate Prediction Center are predicting 14 to 21 named storms, 6 to 10 hurricanes and 3 to 6 major hurricanes
https://www.foxweather.com/weather-news/2022-hurricane-season-outlook

Hurricane Alley Hasn?t Been This Quiet in a Quarter Century
Did forecasts of an extra-busy hurricane season turn out dead wrong?
https://www.washingtonpost.com/clim...atlantic-hurricane-season-forecasts-danielle/

Quiet before the storm.

When something hasn't happened in 25 years... that's cause for concern.

When ?scientists? use garbage models? Garbage in garbage out?. That is truly predictive

It has got to be exhausting to look at  EVERYTHING through the lens of Environment or race?  This generation is doomed
;D >
USC, UCLA moving to Big Ten creates a
big problem no one is talking about
San Francisco Chronicle, by Ann Killion Original Article
Posted by FL_Absentee_Voter ? 9/7/2022 12:58:33 PM Post Reply
Stanford plays a football game Saturday against one of the Pac-12 renegades: If things go according to the landscape-shattering plan, the game at Stanford Stadium will be the second-to-last time the Trojans ever travel to the Bay Area as a member of the Pac-12. UCLA, also a defector, will make its penultimate football trip in November to play Cal. So many things are troubling about the Southern California schools? plan to become part of the Big Ten in 2024. [snip] And here?s another disconcerting issue: the environmental consequences of such a move. More travel means a larger carbon footprint and the devouring of more resources.
https://www.sfchronicle.com/sports/...to-Big-Ten-creates-a-big-problem-17423221.php


Joe Biden's $3.8M Delaware holiday home 'will be FLOODED within five years': Experts say 98% chance six-bed mansion will be underwater by 2027 because of surging sea levels
?        President Joe Biden's Delaware vacation home is located within FEMA's Special Flood Hazard Area - the zone that would be underwater in a 100-year flood
?        Rising sea levels are due to climate change, but the land the house is on is naturally sinking
?        Research nonprofit Climate Central says up to $35 billion in real estate could be underwater by 2050 due to rising sea levels
?        The projected sea level increase would be felt in a range of places, including the Hamptons, beach towns in south Jersey and coastal areas in Los Angeles
https://www.dailymail.co.uk/science...iday-home-FLOODED-five-years-experts-say.html
https://youtu.be/xW6AGuShIuA
F

Hardly a denial. Predictive models are just that: predictions. They can and should be revised based on new information.

morekaos said:
I live closer to the water than Granpa Joe in a FEMA Special Flood Hazard Area (its and island)?ehhhGadd!  You know where my home will be in 5 years?  The same place it?s been for 60 years, high and dry?[/b][/size][/color]
Click to expand...

You better knock on wood... you're just one big storm away from becoming Atlantis. Good thing something is keeping us in a drought.

Thanks, but I don?t need it.
U

morekaos said:
Thanks, but I don?t need it.
Click to expand...

This is so reflective of the current brainwashing and virtue signaling that permeates the argument with hypocrisy?it?s also very funny to listen to?comedy gold!?

Izzy Cook, a Greta Thunberg wannabe from New Zealand, did a radio interview the other day and the interaction is just too hilarious.

Interviewer: Am I allowed to go to Fiji, is that necessary?

Cook: In the current climate crisis, I don't think that that's necessary.

Interviewer: When was the last time you were on a plane?

Cook: Mmm, I'm not sure maybe a few months ago, to be honest.

Watching Hurricane Ian news and purple war aside... does Florida normally get this magnitude of hurricanes?

I know this is something they are usually prepared for as I have co-workers in Florida and they have prep procedures but seeing the footage... it's crazy how destructive this is.

I guess that's like fires and earthquakes in Cali, but the breadth of damage seems much larger.

I can't imagine living in that area if this kind of event happens often enough.
N 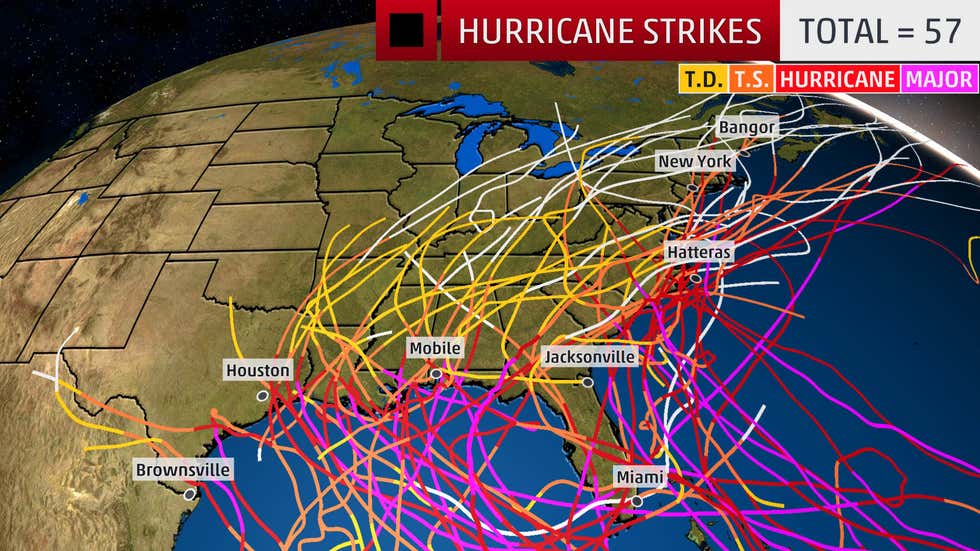 Wow... definitely don't want to live in the east.

That?s exactly what they say about us with earthquakes and fires?perspective and man?s amazing ability to adapt to his surroundings.

But I don't think highly destructive earthquakes are seasonal events in the same area here in SoCal.

Germany’s cabinet passed a decree last month to bring back idled brown coal capacity up to next summer to boost supply, as imports of Russian gas through the Nord Stream 1 pipeline ground to a standstill.

The expansion comes in tandem with a plan to temporarily return three of RWE’s lignite-fired coal units to the market, a decision that was approved by Germany’s cabinet. The units were previously on standby.

"The three lignite units each have a capacity of 300 megawatts (MW). With their deployment, they contribute to strengthening the security of supply in Germany during the energy crisis and to saving natural gas in electricity generation," RWE said in September.

good thing I have this waterproof iPhone so I can post this from my living room 6 feet underwater….
😂😂😂🍻

Polar bears “are the poster child for the impacts of climate change on species, and justifiably so,” the World Wildlife Foundation proclaims on its website. Pictures of polar bears on melting islands of ice are supposed to provide a dire foreshadowing of the world’s future. In 2018, a National Geographic story proclaimed, “Polar bears really are starving because of global warming, study shows.”
There’s just one problem with all the doomsday talk. It’s not true. The number of polar bears has been generally increasing for decades. As author Bjorn Lomborg detailed recently, the world polar bear population went from around 12,000 in 1965 to an estimated 26,000 last year. The trend is unmistakably positive.

One of the major factors in this population boom has nothing to do with climate. In the mid-1970s, the five countries with the largest number of polar bears signed a treaty to limit polar bear hunting. As a result, the number of harvested polar bears dropped from more than 1,000 annually in the late 1960s to around 700. Saving 300 polar bears a year may not seem like a lot, but as a percentage, it’s a significant amount. 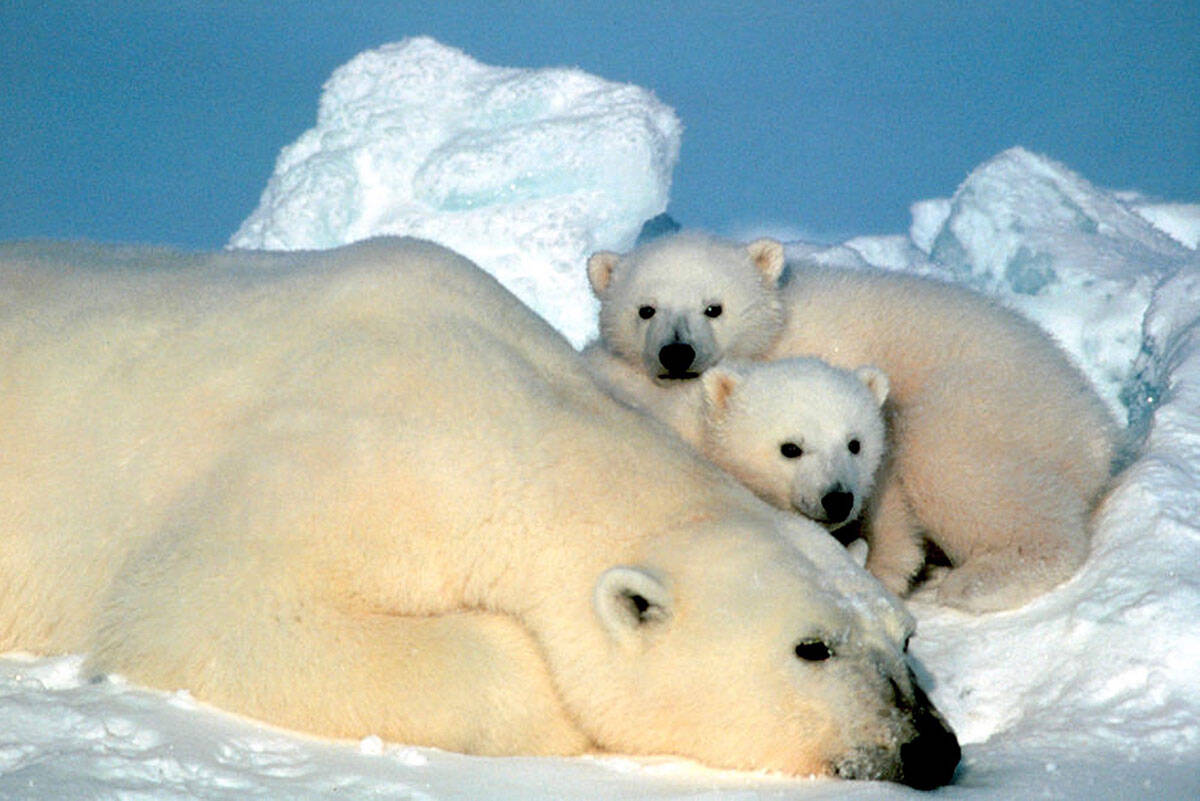 Global warming was supposed to wreak havoc on polar bears. Looks like someone forgot to tell the polar bears.