How soon until Bitcoin crashes?

All Those Celebrities Pushing Crypto Are Not So Vocal Now

Crypto boosters such as Matt Damon, Reese Witherspoon and Gwyneth Paltrow have been criticized for hyping virtual currency without highlighting the risks.

Enthusiasm for crypto from Hollywood celebrities and top athletes reached a fever pitch over the past year. On social media, during interviews and even in music videos, they portrayed virtual currency as a world with its own hip culture and philosophy — one that was more inclusive than traditional finance and that involved the chance to make loads of money.

The Super Bowl was nicknamed the “Crypto Bowl” this year because so many ads — which cost as much as $7 million for 30 seconds — featured the industry, several of them starring boldface names.

Back in 2021 Tom Brady and his then wife, Brazilian model Gisele Bündchen, reportedly planted a large stake into the FTX crypto exchange, after having already announced a partnership with FTX and its CEO Sam Bankman-Fried back in 2020. As brand ambassadors, the two gained an unknown equity stake in the company in exchange for crypto, likely FTX’s native coin FTT.

now we know why Tom Brady is now divorced 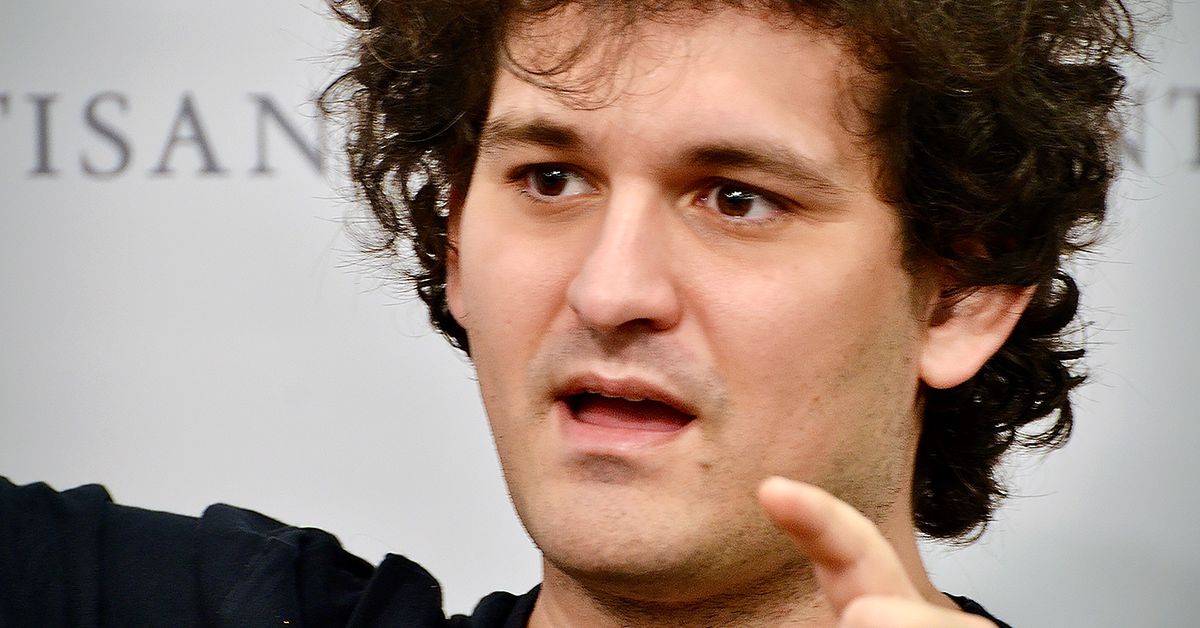 Sam Bankman-Fried No Longer a Billionaire After $14.6B Wipeout: Bloomberg

The FTX CEO lost an estimated $14.6 billion dollars – nearly 94% of his total wealth – according to the Bloomberg Billionaire Index.

Is this guy fundamentally any different than Bernie Madoff?

He duped a lot of people who viewed him as a "crypto savior". There is no fundamental value to the "coins" themselves, but they lure people in with payouts that come from other people's investments. No real investing of any kind is going on.

when it rains… It pours…


Binance backs out of FTX rescue, leaving the crypto exchange on the brink of collapse​

The reversal comes one day after Binance CEO Changpeng Zhao announced that the world’s largest cryptocurrency firm had reached a non-binding deal to buy FTX’s non-U.S. businesses for an undisclosed amount, rescuing the company from a liquidity crisis. Earlier this year, FTX was valued at $32 billion by private investors.

morekaos said:
The end is neigh...

Matt Damon?s sold his soul for crypto?: Actor is roasted on social media for commercial in which he tells people to invest in Bitcoin because ?fortune favors the brave?
Matt Damon spearheaded a commercial for cryptocurrency that aired during Sunday's NFL games and has made Twitter users cringe
The ad likened purchasing Bitcoin to landing on the moon as Damon strolled down a sci-fi-esque hallway talking about how 'history is filled with almosts'
Vignettes nodded to explorers sailing and climbing Mount Everest, as well as nods to the Wright Brothers, before flashing 'Crypto.com' at the last second
Crypto.com, which sells cryptocurrency and NFTs, donates $1m to Water.org, a nonprofit co-founded by Damon that brings safe, clean water to people in need
Many users tweeted that they felt as if the actor, 51, was calling them a p***y for not spending their life savings on crypto such as a '$378,000 cartoon ape'
One tweet called the ad an insult to Damon's 'own cinematic legacy from The Martian,' where he played an astronaut stranded on Mars
https://www.dailymail.co.uk/news/ar...ople-invest-Bitcoin-fortune-favors-brave.html
Click to expand...

morekaos said:
January 5 2022. Put it on the gravestone

This FTX SuperBowl ad has aged like fine wine.

I read that somewhere if you shorted all the companies who ran superbowl ads in 2022, with $1000 it could be worth $1billion now. Feb 2022 is truly the bubble top.

The Staples Center?home of the Los Angeles Lakers?is getting a new name: the Crypto.com Arena

When a company spends millions to put their company name on a major stadium, controversy often follows as the value of such an expenditure is difficult to track. Major stadium naming deals have also seen another trend: corporate failures.

Throughout the booms and busts of the American economy, many companies who have chosen to embark on a naming rights contract have seen their companies suffer financially or even collapse within several years of a naming deal. Although external, indirectly related factors are certainly at play, the correlation is quite impressive: In many cases naming deals parallel a corporate ?boom? spending mentality that contributes to a company?s weakness when a bubble bursts.

November 2021…this is just as accurate 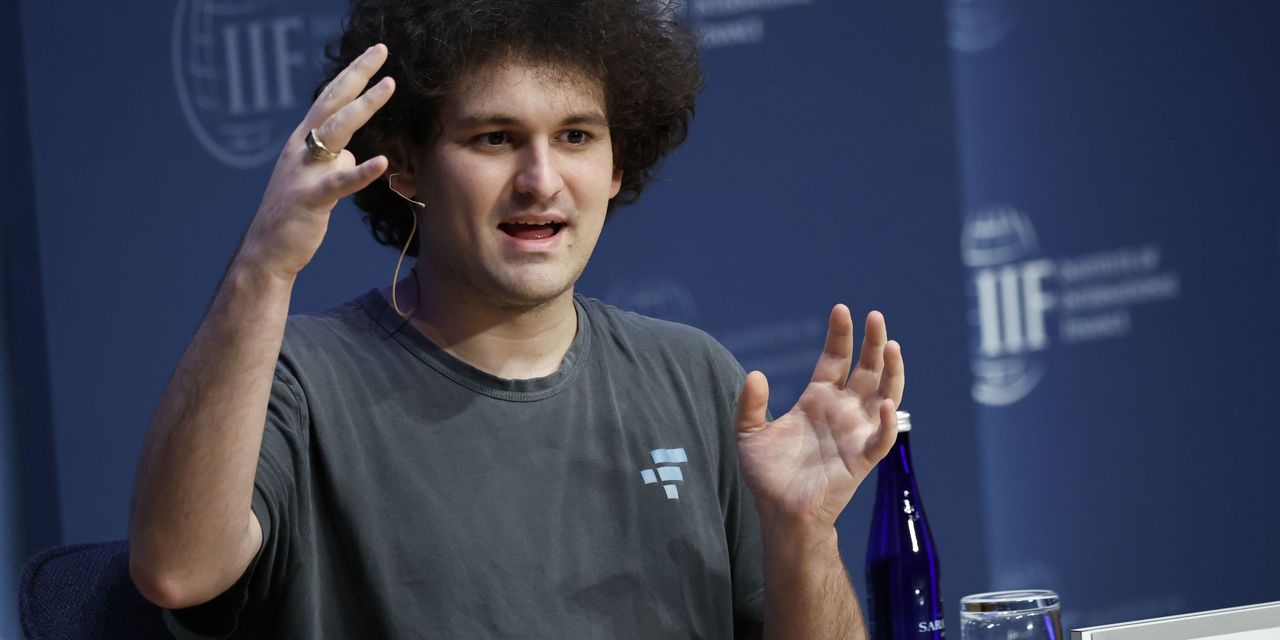 FTX Tapped Into Customer Accounts to Fund Risky Bets, Setting Up Its Downfall

Crypto exchange FTX lent billions of dollars worth of customer assets to fund bets by its affiliated trading firm, Alameda Research, setting the stage for the exchange’s implosion, a person familiar with the matter said.

Crypto exchange FTX lent billions of dollars worth of customer assets to fund risky bets by its affiliated trading firm, Alameda Research, setting the stage for the exchange’s implosion, a person familiar with the matter said.

lol now BlockFi is limiting user withdrawals. the house of cards is collapsing.

That FTX commercial was one of my favorite commercials. I had forgotten it was ftx that actually made the commercial.

I don’t remember another company that predicted its own demise in its own commercial. Excellent.

FTX just filed BK. I am getting my popcorns ready. I have no skin in the game but human greed, history always repeat itself now with this technology angle.

morekaos said:
This has every call sign of a mania. True believers, no fundamentals, new and ingenious ways of justifying astronomical valuations, amateurs making zillions and tempting other fools into the greater fool loop. It will last longer that people expect and the nay-sayers have to start questioning themselves...then it will collapse spectacularly!!!
Click to expand...

Inside the epic crypto collapse of FTX—and how it hurts Tom Brady, Steph Curry and Joe Biden

During the 2022 Super Bowl, comedian Larry David starred in a commercial for FTX.
In the ad, which cost a reported $30 million, David listens as an actor playing an FTX executive implores him to invest via the company’s “safe and easy way to get into crypto.” Ever the skeptic, a smirking David replies: “Ehhhh, I don’t think so. And I’m never wrong about this stuff — never.”

Bankman-Fried — and his celebrity pals — should have heeded that advice.

rofl, FTX was 'hacked' last night (they filed BK just in the morning) and up to 1 billion disappears. So much source materials for Netflix/Amazon. 10 college friends living together in a flat in Bahamas? either are dating or were dating each other at some point? SBF with all his ties to the Democrat party/Washington? his alleged GF's father is the former boss of SEC chairman at MIT?

The Motor Court Company said:
rofl, FTX was 'hacked' last night (they filed BK just in the morning) and up to 1 billion disappears. So much source materials for Netflix/Amazon. 10 college friends living together in a flat in Bahamas? either are dating or were dating each other at some point? SBF with all his ties to the Democrat party/Washington? his alleged GF's father is the former boss of SEC chairman at MIT?
Click to expand...

I’m shocked to find gambling going on in here!...

The first stage of any collapse is confusion, maybe even Schadenfreude. It was no different during the wild week when Sam Bankman-Fried, the supposed crypto wunderkind and founder of FTX, tried and failed to sell his imploding empire only to find himself totally broke, his companies bankrupt, and his polycule perhaps no longer in the mood. (Read about all that here.) The stage after that, though, is fear — and that is precisely where we are right now. The sum of Bankman-Fried may have added up to less than his parts, but that doesn’t change the fact that he was deeply interconnected with the worlds of politics and finance beyond the relatively small world of digital currencies. Since his bankruptcy filing, the crypto empire Bankman-Fried presided over has been subject to even more embarrassing and damning revelations, and he is the target of multiple investigations. It is still too early to say that he’s headed for prison — if the prior big financial crisis taught us anything, it’s not to be shocked when nobody gets arrested for obvious crimes — but that is certainly a strong possibility. Here’s what we’ve learned about SBF since Friday.

The first rule of risk management is "Don't put all your eggs in one basket." 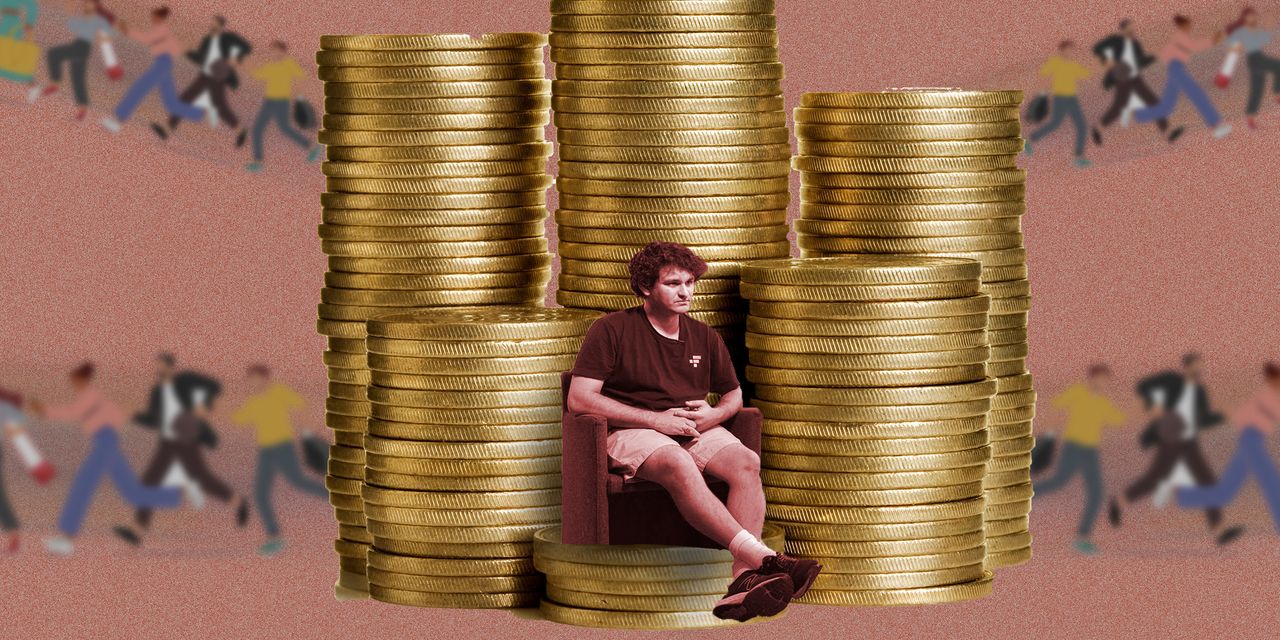 What started as a dream job turned into a nightmare for employees of the crypto exchange that imploded in spectacular fashion last week.

The implosion of FTX was financially ruinous for some employees. Outside the US, many staff were paid via direct deposit to their accounts on the cryptocurrency exchange, so when FTX froze customer withdrawals last week, these employees couldn’t access their funds, people familiar with the matter said.

“You have to understand just how devastated the average FTX employee was,” said Nathaniel Whittemore, a former FTX marketing specialist who quit last week. “Not only did it seem they might be out of [a] job, but they also were potentially facing the total loss of their savings. All I could think of was rage and white-hot anger.”

It was also common for employees to hold FTX equity or get part of their pay in the exchange’s FTT tokens, the people said. Last fall, Bankman-Fried offered employees the opportunity to buy shares in FTX at a 50% discount to what venture capitalists had paid in a recent funding round, the people said. Now that equity is worthless and the price of FTT has crashed 90% since the start of November.

Tackett — who continued to tweet updates to FTX customers last week even after quitting his sales job — said he had lost 80% of his net worth in the collapse. “I kept nearly all my money on FTX,” he told the Journal.

I don't even play stocks... so no crypto for me... someone I know did... lost about $3k in the latest drop... kept telling him to cash it out. I think it was Ethereum.
C

I'm not touching crypto with a 10-foot pole. Crypto is a scam.

CalBears96 said:
I'm not touching crypto with a 10-foot pole. Crypto is a scam.
Click to expand...

it is obviously a scam. I recall there was a Crypto saving program that gives 20% yield, and some TikTok investor was boosting he bought a 1.4 million house for $700k cash; $280k of $700k toward 20% downpayment and the rest in Crypto with 20% yield and the yield alone pays for the PITI...
You must log in or register to reply here.
Share:
Facebook Twitter Reddit Pinterest Tumblr WhatsApp Email Share Link
Top